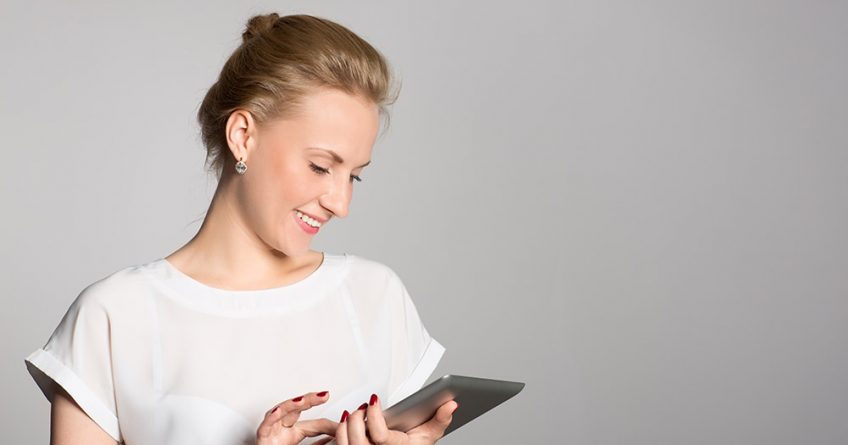 If you find you are suffering from being nearsighted — seeing things better up close than at a distance — technology is likely to blame. The introduction of modern technology, and high-sugar foods, has been changing the shape of our eyes.

Most nearsighted people figure they can’t do any more about deteriorating vision than to grin, bear it — and get glasses. Not so, says a growing cadre of “behavioural” eye-care specialists who believe technology and nutrition play a significant role in how well you can see.

Significantly, they say there are things you can do to preserve — and sometimes improve — your vision. An obvious one is reduce the amount of time you spend on technology and increase the distance over which your eyes have to work. For example, you can get a larger TV or monitor and position it further away. And use a laptop or tablet that you can see from a comfortable distance away instead of always using a mobile phone up close.

A classic study of an Eskimo population in Alaska early in the 20th Century demonstrates how technology and nutrition can affect vision, says Paul Harris, a third-generation optometrist.

In the early 1900s, only about 1% of the Eskimo population was diagnosed with myopia, or near-sightedness. By the 1950s, roughly half the population was nearsighted. What happened? “They got modern civilisation,” says Dr Harris.

“They got books, lighting, reading and eventually television. And they got modern food: bread, refined sugar, refined candies and the like.”

In the process of adapting to these developments, says Harris, the eyes of those who became nearsighted began to grow and change shape in a way that made it possible for them to efficiently see things up close. But the changes in the shape of their eyes made distant objects blurry.

“As we grow, the eyeball grows and its optics adjust throughout life,” explains Dr Harris. An individual’s environment can “hijack” the normal evolution of an eye to make it develop in a way that affects vision, says Dr Harris.

In a study of the Baltimore Symphony Orchestra, for example, Dr Harris found that the shape of the eyes of musicians changed to accommodate the instruments they played.

Sugar: Not as Sweet on the Eyes

The shift in the Eskimo diet to processed sugars and carbohydrates evidently triggered a chain of events that contributed to the rise in nearsightedness, says Harris.

“Research shows that too much refined sugar in a diet depletes the trace mineral chromium and causes stockpiling of another mineral called vanadium,” says Dr Harris. This particular imbalance of minerals “has been shown to cause a decrease in the accuracy of the focusing mechanism of the eye,” he says.

The stress of trying to focus correctly causes the internal pressure of the eye to increase, making the eye bigger, he says. “Remember, a bigger eye is a near-sighted eye,” he says.

An eye struggling to compensate with fuzzy vision begins to produce an excessive amount of growth hormone, according to the latest research cited by Dr Harris. The more the eye grows, the worse nearsightedness becomes, creating a vicious circle that accelerates the deterioration of eyesight.

The recognition of how environment affects vision has caused a growing number of eye-care specialists to take a whole-patient view toward vision problems. Such specialists typically are called “behavioral optometrists.”

“Where most doctors simply compensate for refractive errors, I try to search for a cause,” says Richard Christensen, a behavioral optometrist. After a thorough physical examination to screen patients for physical ailments like glaucoma, cataracts and other eye diseases, behavioral optometrists inquire into a patient’s home life, work life and eating habits.

Optometrist Carole Hong recalls the case of a youngster who was experiencing vision problems. After asking a few questions, she learned the child was troubled by the divorce of his parents and having trouble in school. Once a psychiatrist treated the child, the problems cleared up — and his sight improved.

Even if a case is not as dramatic as that, eye-care specialists can do more than prescribe glasses to improve vision, according to the optometrists.

In fact, both Drs Christensen and Harris often prescribe a weaker prescription for a patient than is indicated. “If a young child wears single-vision lenses at full strength, she will gallop into nearsightedness,” says Dr Harris. “Lenses amplify the stresses that accelerate the move to nearsightedness.”

Build up Eye Strength with Exercise

For many children and adults, Dr Harris prescribes a slightly weaker prescription that corrects vision to 20/40 instead of the ideal 20/20. This provides the patient with enough help to see — but also keeps the eyes “working hard” to see better on their own. In some cases, he says, he has been surprised to find other eye-care specialists prescribe a stronger than necessary lenses, because “you will need them in the future.” This approach only hastens the deterioration of sight, he says.

Another technique he uses is to prescribe bifocals — even for youngsters — that provide near-sighted patients with proper assistance for seeing long distance but minimises the correction they get for up-close work. “Regardless of the age of the patient,” he says, “the proper lens for distance is not the right lens for near vision — and vice versa.”

In many cases, Dr Harris believes, it is possible to slow the advance of near-sightedness by fitting the patient with hard gas-permeable contact lenses that help to shape the eye for better optics. The lenses, which must be carefully fitted by specialists, typically are larger than ordinarily would be prescribed for simple vision correction.

Beyond lenses, there are a number of exercises that can improve vision. They range from biofeedback techniques to sighting through different lenses and prisms, to tracking moving targets with the eyes, to selecting all the A’s in a paragraph of text.

In one exercise for near-sighted patients, Dr Harris makes them track the movement of a flashlight in the room while they are simultaneously concentrating on a task in front of them.

“Myopic patients tend to look at little volumes of space and do one thing at a time with all their attention,” says Dr Harris. “I make them visually multi-task. They hate this exercise when they are doing it but later say it was one of the best things they learned how to do.” 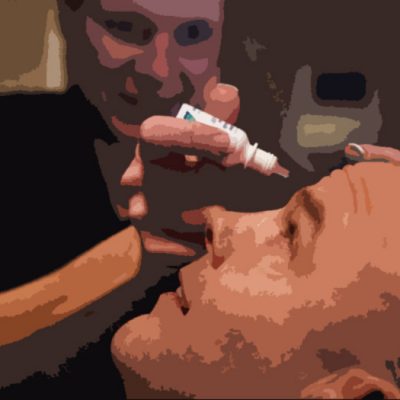 Many people need and use treatments for dry eyes. Perimenopausal women, patients with Keratoconjunctivitis Sicca,... 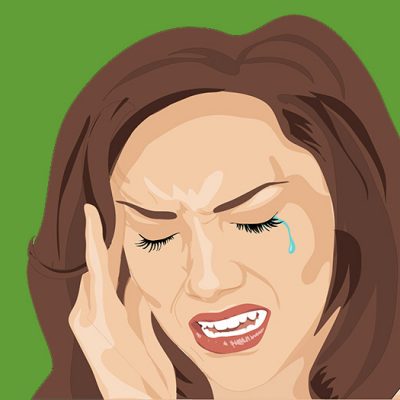 People often mistake tension headaches for migraines. Understanding the difference between the two types of... 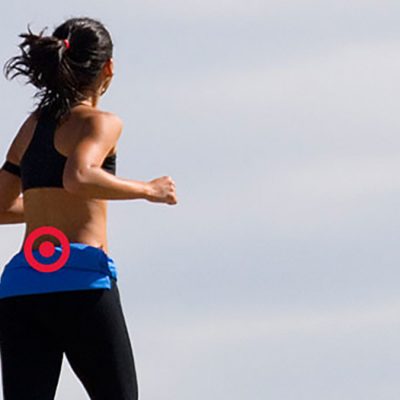 It is estimated that, at one time or another, eighty percent of people will experience... 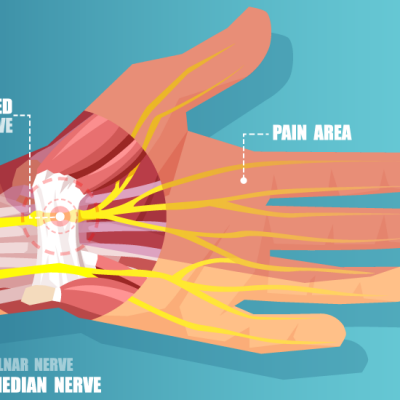 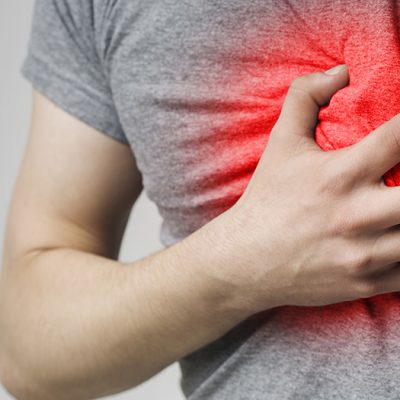 Angina is a condition caused by the insufficient flow of oxygen to the heart muscles. This results... 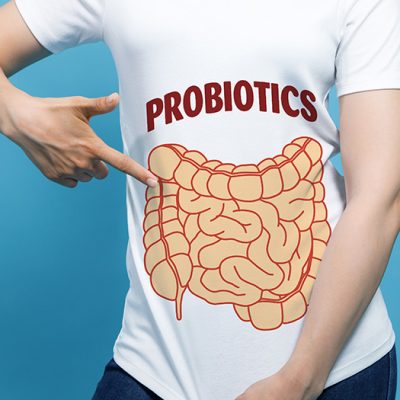 I’m often asked what’s the best thing I can do for myself to ward off... 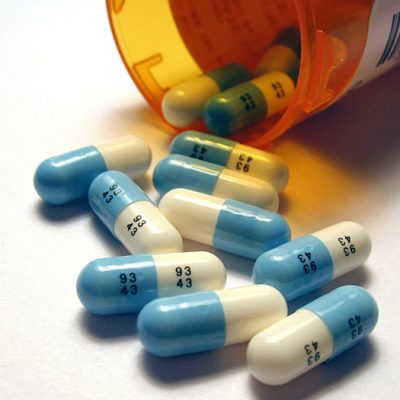 Question: My son recently died and my mother is terminally ill, so I have been... 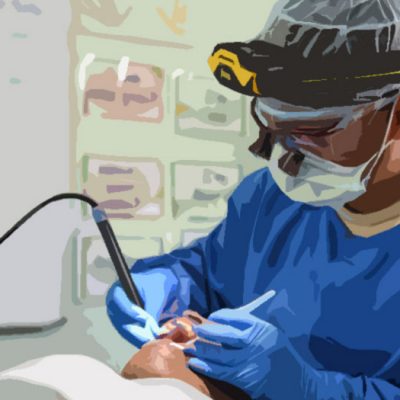 About 50% of the population puts dental care at the bottom of their health care...