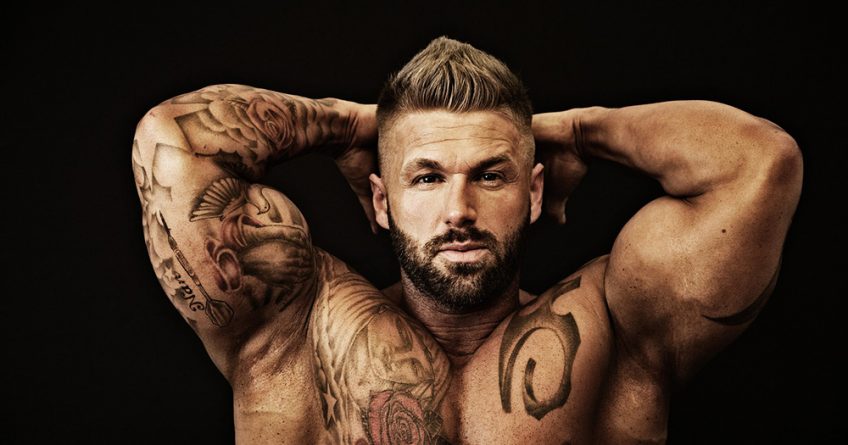 Every culture has its myths and bodybuilding is no exception. Like most myths, most are nine parts fantasy and one part truth. Though, of course, some myths have no truth to them at all.

I have spent much of my career attempting to expose myths surrounding bodybuilding and topics that relate to it, such as drugs, nutrition and supplementation, etc.

For example, one of my more popular articles that was published “back in the day” in Muscle Media was entitled “Nutritional myths that won’t die”, which focused on myths surrounding protein and athletes. Classics such as “athletes don’t need additional protein” and “high protein diets are bad for you” as well as others were covered and debunked.

This article, however, is not about one topic or myth, but random myths that float around and never seem to die. It’s intended to be tongue-in-cheek to be sure. But it’s still a serious attempt to combat various myths that have little or no truth behind them.

Some of these myths are generated inside the bodybuilding community and some are generated outside the community, by the general public and or medical community. These are in no particular order, so let’s start with a classic.

Myth 1. Your muscles will turn to fat if you stop working out

This is a classic used by those looking for excuses for why they have not started an exercise program and resent those that have. My own mother used to say that to me as a kid when I joined a gym at 14.

There is no physiological mechanism by which muscles magically convert to fat when one stops working out for some reason. What happens, however, is that many of the gains in muscle mass will be lost from the lack of stimulation.

It’s not exactly earth-shattering news that people who don’t exercise and eat above maintenance calories get fat. So what you have is often a loss of muscle and an increase in body fat due to a lack of exercise coupled with excess calories.

The next time you see someone who used to be buffed but is now fat, it’s not because his or her muscles some how converted to fat. They are fat for the same reason millions of others are fat: too many calories, not enough activity.

I have gained and lost many pounds of muscle over my life time, and have worked with countless people in all phases of their life. I have yet to see any muscles convert to fat. This myth of tissue alchemy needs to die now. I have however seen plenty of people who stopped working out and got fat.

This myth can be blamed squarely on the bodybuilding publications. They want the readers to think their heroes eat low fat healthy “clean” foods year round.

The myth has often led to newbie types attempting to get all the calories they require for growth from baked chicken, rice and vegetables. Of course getting, say, 4000 plus calories (or more) from such foods is virtually impossible.

The reality of trying to build up on lean foods often leaves newbies confused and depressed. They find they’re not making any appreciable gains by attempting to stuff themselves to death with foods that are low in calories. It’s very difficult to get 4000, 5000, or even 6000 calories a day from chicken and rice.

Now for the reality: off-season I have sat across the table from many a pro eating cheeseburgers, pizza, and apple pie. I know one pro who used to pull over anytime he saw a Taco Bell.

Big people require plenty of calories and calorie-dense foods are the only way to get them. As the late, great Dan Duchaine once said regarding off-season eating for growth, “Don’t feel bad you ate a cheeseburger, feel bad you didn’t eat three!”

Now I can’t comment on every pro’s diet as I don’t know them all, and I am sure some of them have cleaner diets then others off-season. However, make no mistake: the articles you read about what pros eat off-season and what they really eat are often two different things.

As sort of an ancillary myth, most pros will carry more body fat than they claim off-season when trying to gain new muscle mass. Telling people they eat at Taco Bell and are above single-digit body fat levels does not sell magazines or supplements. So it pays to perpetuate the myth that they are hard as nails all year (with a few exceptions) and always eat “clean”.

Myth 3. Bodybuilders are not strong

Only people who have never stepped into a gym make such stupid statements. Strength varies greatly person to person of course. But some bodybuilders are very strong with 800lb squats and 500lb bench presses not uncommon.

I’m not going to give much space to this myth other then to say bodybuilders are like everyone else: some are tough SOB’s and some are cream puffs with most somewhere in the middle. No different then the general public.

I have seen a few of the tough SOB variety in action. Conversely, I was at a gym-sponsored cookout some years ago where this huge bodybuilder decided to hassle this guy half his size. Problem was, the guy happened to be the state kick boxing champion and proceeded to beat the snot out of the bodybuilder in front of a few hundred people. The lesson here is: don’t judge a book by its cover, and don’t get into fights!

Myth 5. Bodybuilders are all gay

As with the last myth, this one does not warrant much space. It’s my experience the bodybuilding community is gay as often as the general public. No more, no less, and how much muscle a person has does not seem to affect the rate one way or another. It’s a stupid myth that should be put to rest for good.

Myth 6. Anyone can look like a bodybuilder with enough drugs

If this were true, people in gyms all over the world would look like pro bodybuilders. The major difference between a high level bodybuilder and everyone else is their genetics, the one thing they have no control over.

Yes, drug use is a fact of life in bodybuilding and many other sports, and yes, nutrition and training play a role. But, if you don’t have the genes for it, all the steroids in the world won’t get you anywhere near to looking like the people you see in the magazines.

Unfortunately, every gym has those people using doses of drugs higher than many pros and still look like crap. Make no mistake: drugs work and clearly add an advantage to athletes who use them. But the difference between them and you is that they chose the right parents!

Myth 7. Bodybuilders are all narcissistic

Well OK, this one has a ring of truth to it. Truth be known, bodybuilders can be some of the most narcissistic people you will ever meet, but they are not all that way. Some are humble, down-to-Earth people. But let’s be honest, some narcissism is par for the course in bodybuilding. Enough said there.

How many times have we heard this dumb myth? Clearly, this one is directed at the male bodybuilders. Truth be known, I have not seen that many bodybuilders’ manly muscle missiles, but it’s been my impression they tend to be like every other man in that dept.

If you believe that one you are dumber then dirt. No response to this myth required from me! There’s a bunch of steroid-related myths I could list. But this is not a steroid article, so I won’t bother.

Myth 10. I don’t want to lift weights because I might get huge

This one tends to be uttered by women, but I have heard men say it also on occasion. It’s a pitiful excuse for not exercising.

As discussed above, very few people have the genetics to achieve even above normal levels of muscle mass, much less get “huge.” 99.9% of you reading this will be lucky to put on some muscle, and even that will take years of hard work.

It’s not like anyone ever woke up one day bulging with muscles they didn’t expect. And if you are one of those rare people who put on muscle relatively easily? Lucky you!

Well there you have it; the major myths in bodybuilding (hopefully) debunked. Those were the ones I’ve seen/heard most frequently.

If you think I missed one, feel free to let me know and perhaps I can add it to this article at some point. I don’t want to see anyone turned off to the great endeavor that is bodybuilding.

Like all sports or life styles, bodybuilding has its dark side. However, bodybuilding can be a very healthy, productive, and fun way of life that pays major dividends. So don’t avoid it because of myths and disinformation. See you in the gym!

About the Author: Will Brink

Will Brink has over 15 years experience as an author, columnist and consultant to the supplement, fitness, bodybuilding, and weight loss industry and has been extensively published. Will graduated from Harvard University with a concentration in the natural sciences and is a consultant to major supplement, dairy and pharmaceutical companies.

His often ground breaking articles can be found at BrinkZone.com and in publications such as Lets Live, Muscle Media 2000, MuscleMag International, The Life Extension Magazine, Muscle n Fitness, Inside Karate, Exercise For Men Only, Body International, Power, Oxygen, Penthouse, Women’s World and The Townsend Letter For Doctors.

Will was a former high level trainer with a rep for getting Olympic athletes, bodybuilders and fitness stars into shape and has gained a reputation for being a no “BS” industry insider who’s not afraid to reveal the lies and hype found in the fat loss , muscle building & supplement industry.

He has been co author of several studies relating to sports nutrition and health found in peer reviewed academic journals, as well as having commentary published in JAMA. William has been invited to lecture on the benefits of weight training and nutrition at conventions and symposiums around the U.S. and Canada, and has appeared on numerous radio and television programs.

He is the author, of Bodybuilding Revealed which teaches you how to gain solid muscle mass drug free and Fat Loss Revealed, which reveals exactly how to get lean , ripped and healthy completely naturally. Both e-books come with access to his private forums and numerous tools to aid you in either endeavor.

This article is an adapted version of Will’s post that is available here: https://brinkzone.com/body-building-myths-that-must-die/ 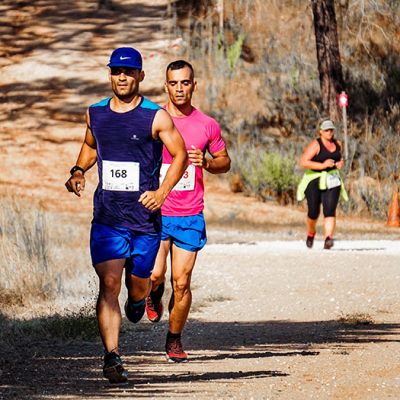 Running is a great way to get in shape. But it can also lead to... 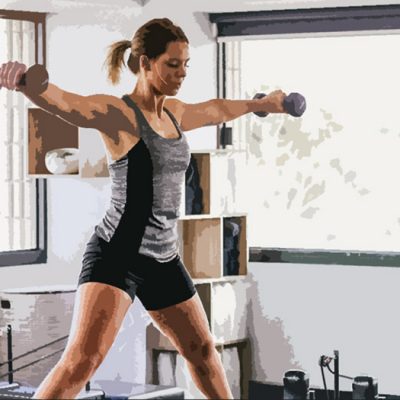 If you are interested in trying Pilates, I highly recommend it. The exercise system is... 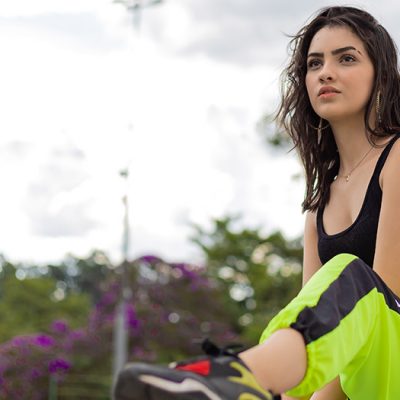 Be consistent and take it easy at first. That’s the message you need to take...

Tai Chi is fantastic for seniors because it reverses the usual mathematics of exercise. Whereas... 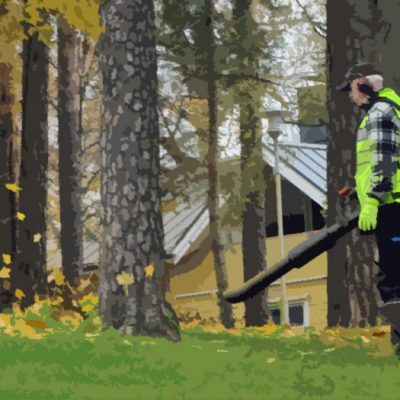 The amount of calories you burn by using a leaf blower is around 170 calories... 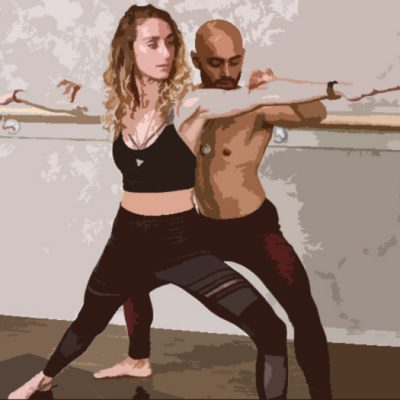 Achieving balance in your exercise profile is something we should aim for even though it... 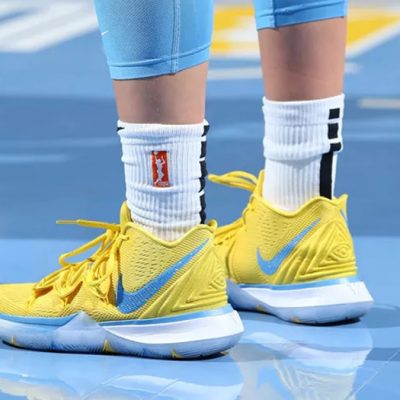 Do you want to find the right sneakers, running shoes or trainers for your feet?... 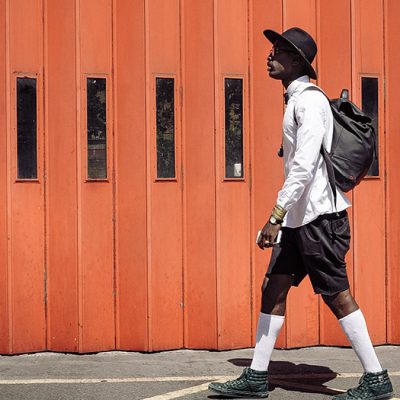 As an exercise, walking almost seems too easy. You don’t need expensive gear or equipment,...